Results may prompt a rethink of our understanding of human digestion

For most of us, cutting out one or two unhealthy food items from our diet may be an efficient way to manage health, but the estimated 2 million people in the U.S. who live with celiac disease must permanently eliminate all foods containing wheat, rye, or barley, even in small amounts, from their diet to stay healthy.

Celiac disease is an incurable autoimmune disease in which the consumption of gluten, a type of protein found in these grains, causes a harmful inflammatory response that damages the lining of the small intestine. Doctors and scientists know little about how gluten is processed in the body or why in some people it causes such a harmful immune response. There’s often very little support from medical professionals for those who suffer from celiac disease: because there’s currently nothing doctors can do to help, other than prescribing a gluten-free diet, it’s primarily up to patients to figure out how to manage their illness.

But a team of researchers in the labs of Chan Zuckerberg Biohub Mass Spectrometry Platform Leader Josh Elias and Chaitan Khosla, professor of chemistry and chemical engineering at Stanford University, are working to change this picture. In a study led by Stanford MD/PhD student Nielsen Weng and Brad Palanski, a former grad student in the Khosla lab who is now a postdoctoral researcher at Harvard Medical School, the group devised a way to identify dietary gluten peptides in urine samples from people with celiac disease. These peptides are fragments of gluten proteins left behind after glutens are broken down during digestion.

Lichao Zhang, a former member of Elias’s Mass Spec team who now works as a senior scientist at Harpoon Therapeutics, also took part in the study.

As reported in Nature Communications on February 16, 2022, these results are a major step toward being able to effectively and efficiently monitor gluten consumption and vastly improve management of the disease, says Khosla, also Institute Scholar of Stanford ChEM-H, whose adult son was diagnosed with celiac disease as a child. “This research offers the hope that there will be ways for celiac patients to manage their disease after they receive their life-altering diagnosis,” he says.

The current understanding of human digestion is that proteins in food are broken down into peptides, which are further broken down into their amino acid building blocks. However, glutens from wheat, rye, and barley don’t break down into their amino acids, so entire peptides remain intact as they make their way through the digestive system. In people with celiac disease, those gluten fragments initiate an inflammatory response that wreaks havoc on their digestive system. 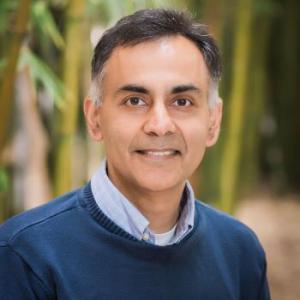 Previous research has led to the development of antibody-based tests that can identify the presence of gluten peptides in urine, but those tests are unable to detect all gluten peptides, nor can they determine the specific type of gluten peptide, or where the peptide came from (e.g., from wheat or barley).

Developing this protocol was tricky because urine is chock-full of all kinds of different chemical compounds, and the methods the researchers were using—high-performance liquid chromatography and mass spectrometry—are designed to separate and filter individual compounds with a high degree of sensitivity.

When the team first tried analyzing urine with a protocol commonly used for measuring proteins in urine samples, “it just killed our whole system,” says Elias. “There’s just a lot of stuff in urine that can really foul up our sensitive equipment, so every run that we did wound up taking down everything, which sometimes stopped the work for days on end.”

In fact, Elias says that without the support of the CZ Biohub, he would have strongly encouraged dropping this project at the early stages because of the high failure rate. But the Biohub was founded to support high-risk/high-reward research projects, and “because the reward seemed to be so great for an acceptable amount of risk in terms of downtime on our instruments,” says Elias, “it was worth trying.”

The Biohub’s recent acquisition of a new mass spectrometer instrument that offers 10- to 40-fold greater sensitivity for measuring small molecules, and in much less time than older instruments, further encouraged the team’s effort. Though the researchers didn’t use the new instrument for the current study, “it’s not inconceivable that this one mass spectrometer could measure thousands of samples in one day,” Elias says. “So these kinds of diagnostic assays could eventually be scaled for clinical purposes.”

The team went back to the drawing board, and added a new step to their sample preparation protocol, called mixed cation exchange solid phase extraction, which traps gluten peptides of interest while removing the extra “junk” in the urine samples that was clogging up the instruments. “It’s a simple trick, and uses commercially available reagents,” Elias says, which means it should be simple for other labs to replicate the method and scale it up for high-throughput applications.

Maintaining a gluten-free diet can be an immense challenge for celiac patients, Khosla says. If people are able and willing to pay a premium, they may be able to find an appealing selection of gluten-free foods. But generally speaking, patients must learn to “read between the lines” when it comes to ingredient labels, and learn through trial and error what food items they have to avoid. Something as simple as a single overlooked crouton in a salad is more than enough to cause damage to the intestines of a person with celiac disease, Khosla says.

That kind of burden is made even heavier by the fact there is currently little doctors can do to help patients manage their disease. “The bond between doctor and patient after a celiac disease diagnosis is delivered is very tentative and almost nonexistent,” Khosla says. “Our research creates a potential for building that kind of a bond because it gives the patient and the doctor information to allow them to be proactive in terms of managing the disease.”

For example, a doctor could use an easily administered test to help a patient determine if they’re feeling ill because they inadvertently ate gluten the day before, and will need to make a greater effort to keep gluten out of their diet, Khosla explains. There’s also potential that doctors may be able to find correlations between certain gluten peptides and the symptoms they cause in different patients, Elias says.

Current gluten-detecting antibody tests aren’t very sensitive and could miss important gluten peptides present in the patient’s urine. But in time, Khosla hopes the Biohub–Stanford team’s urine-based gluten peptide tests will be adapted for use as highly sensitive antibody tests that can be used by individuals at home, similar to what people use now for COVID tests or pregnancy tests. “There’s absolutely no reason why you can convert these million-dollar assays into those kinds of tests,” he says.

The findings may also help in developing drugs to treat celiac disease, says Palanski. “Our research tells us for the first time exactly what happens to gluten in our bodies,” he says. “This provides a basis for telling us how gluten harms certain people, which may ultimately lead to specific ways to block its undesired effects.”

The team’s novel and effective protocol for identifying gluten peptides in urine can also be used to identify peptides from other food-derived proteins that may also make it through the digestive system intact. Such a discovery would challenge what scientists generally believe about human protein digestion – that all food-derived protein ultimately gets broken down into amino acids that cross the intestinal barrier and get reassembled into whatever proteins the body needs. Identifying other dietary peptides in urine would directly challenge that notion, Khosla says, “forcing us to rethink what we know about human physiology in a pretty profound way.”

One of the group’s next steps is to explore how the repertoire of peptides found in urine changes over a person’s lifetime. The team also aims to examine how urine peptides compare to dietary-related compounds found in blood, in hopes of gaining a better understanding of human digestion and how nutrients are absorbed.