In Greek mythology, the goddess Hebe, seen in a painting by Jacques Louis Dubois (1768-1843), had the power to bestow eternal youth on mortals. (Wikimedia Commons)

Parabiosis, an experimental technique in which animals are surgically conjoined so their blood circulations intermix, was first attempted in the mid-19th century, and has since been performed in a wide range of species, including invertebrates. Though interest in the approach largely dropped off by the 1970s, parabiosis experienced a revival in the early 2000s in the wake of a now-classic 2005 paper in Nature by Tom Rando and colleagues at Stanford.

In research led by Irina and Michael Conboy, the Rando lab showed that so-called heterochronic parabiosis—which exposes old mice to the blood of young ones and vice versa—significantly rejuvenated muscle in the old mice. In 2011, building on these findings, parabiosis work led by Saul Villeda in Tony Wyss-Coray’s group at Stanford found that “young blood” promoted the formation of new neurons in the brains of older mice, while blood from old mice triggered an accelerated form of aging, inhibiting neurogenesis in young mice. 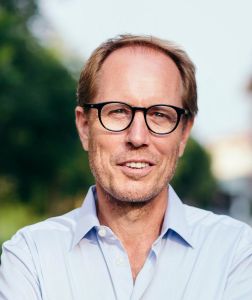 By 2014, these ideas had captured the public imagination, after extensive worldwide media coverage of a Nature Medicine paper by the Wyss-Coray team which showed that young animals’ blood not only induced structural changes in the brain, but also reversed age-related performance deficits on tasks that measure learning and memory.

Since then, there has been considerable progress in identifying blood-borne factors that may be responsible for these striking outcomes, but little is known at the molecular level about how these putative blood factors spur rejuvenation in older animals or accelerate aging in young ones.

Now, in a study published in Nature on March 2, the Tabula Muris Consortium—a collaborative research effort founded by the CZ Biohub to gain a thorough understanding of the biology of the laboratory mouse at the single-cell level—has provided a comprehensive picture of gene-expression changes in mouse cells, tissues, and organs induced by heterochronic parabiosis.

As it happens, says Wyss-Coray, it was a discussion he had with then Stanford graduate student Nicholas Schaum and CZ Biohub Network President Steve Quake that planted the seed for the 2017 formation of the Tabula Muris Consortium, which has since published its namesake reference atlas, Tabula Muris, as well as Tabula Muris Senis, a companion atlas that reveals gene-expression changes in normally aging mice.

“A single-cell study of parabiosis was among the Consortium’s goals from the outset, and all three projects proceeded in parallel over the next five years, with the parabiosis study seen as the culmination,” Quake says. The Tabula Muris Senis data proved to be an essential resource for the parabiosis work because it allowed the researchers to determine whether parabiosis-induced accelerated aging recapitulates signatures of normal aging, and conversely, whether the rejuvenation seen in aged mice is a simple reversal of normal aging or is a special, distinctive process.

The single-cell sequencing and alignment for all three studies, which looked at more than half a million cells in all, was carried out by former Biohub Group Leader Spyros Darmanis, now at Genentech; members of the Biohub’s Genomics and Sequencing Platform, led by Norma Neff; and Angela Oliveira Pisco’s Data Science team.

For the new study, it was then necessary to compare and analyze data from Tabula Muris Senis with gene-expression information from the animals that underwent parabiosis, a project that encompassed more than 120,000 cells. This computational challenge was taken on by co–first authors Róbert Pálovics, a postdoctoral researcher in the Wyss-Coray lab; Andreas Keller, of Saarland University in Germany; Schaum, now at Rujenvenome; and former Biohubber Weilun Tan.

“On a scale from zero to 10, where zero is not so complex and 10 is really complex, this project was a 12 or 13. For just the sheer data-set size, the raw data was 11 terabytes of sequencing output, and we probably tripled this amount in the analysis,” says Keller, who began the bioinformatics work at Stanford with Pálovics before relocating to Germany during the pandemic.

“You have 20 different organs, each of which have many different cell types. So you have already two dimensions of data analysis, the organ layer and the cell-type layer,” Keller explains. “And then you have comparisons among rejuvenation, accelerated aging and the usual aging. Then you have to answer the question, which genes are going up or down in which cells, in which tissues, and which is done by aging and which by rejuvenation? It was really, really complex!”

For the research, pairs of mice that had reached four and 19 months of age—equivalent, respectively, to humans aged around 25 and 65 years—underwent five weeks of heterochronic parabiosis. After analyzing cells from 20 different organs, the research team found that aged blood alters gene expression across cell types in young mice, but that some cells, including mesenchymal stromal cells, hematopoetic stem cells, and liver cells (hepatocytes) are especially susceptible to these changes.

On the other hand, in older mice, young blood was seen to reverse an age-related global loss of gene expression that had been revealed in the Tabula Muris Senis. But rejuvenation also appears to engage novel pathways. In a key finding regarding rejuvenation, for example, genes encoding components of the electron transport chain in mitochondria, a suite of protein complexes that generates energy in cells, were activated across multiple cell types.

“The measurements used in parabiosis studies have always been rather crude and really not molecular in nature. And so you worry that people are fooling themselves, that there are artifacts in their behavior experiments, and so on,” says Quake. “But here, to get the real molecular definition of rejuvenation—not just in a single tissue, but across the whole organism, with the molecular signatures conserved across all the cell types in the tissues—makes you say, ‘Oh, there’s something real happening here, and it’s a very broad impact.’ I’m astonished that you’re seeing the effects of aging being reversed across so many cell types and tissues in such a similar way.” 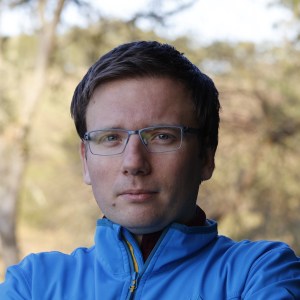 For his part, Pálovics was also surprised to learn that parabiosis induces effects similarly across the whole body. “When we analyzed parabiosis itself, without comparing it to normal aging—what it does in the body, period—we found transcriptomic signatures that are global across the body and can be observed broadly across diverse cell types,” Pálovics says.

From mouse to fly

To broaden the impact of this new work Quake is now looking to another model organism, the fruit fly Drosophila melanogaster, in which it has been shown that a calorie-restricted diet can extend the fly’s natural lifespan by a factor of two. In collaboration with Hongjie Li of Baylor College of Medicine, as well as Jasper Janssens and Stein Aerts of KU Leuven in Belgium (all also involved in the just-published Fly Cell Atlas), Quake and colleagues hope to create a new single-cell atlas that documents both normal and genetically perturbed aging in Drosophila.

“This Nature paper is the last of a triad of papers that sprang from that first meeting in 2017,” says Wyss-Coray. “My group had found protein changes with rejuvenation during parabiosis, and we wanted to find out in which tissues these proteins were expressed. Steve Quake offered to help, initially with bulk RNA sequencing, but when he assumed the co-presidency of CZ Biohub he proposed to do the study instead at the single-cell level. With his vision we assembled a team of well over 100 scientists to map the mouse at single-cell resolution—as an adult, during aging, and now, following parabiosis.”