“I’m thrilled to join this groundbreaking organization and direct efforts to spur creation of much-needed biomedical technologies,” said Herr. “The vision of the Chan Zuckerberg Biohub Network—to develop new technologies to deeply understand human biology—aligns with my own research interests and is foundational to bettering the human condition.The next breakthroughs in understanding, curing, and managing human disease intrinsically depend on available tools.”

Herr is an award-winning innovator in bioinstrumentation focused on design and creation of tools to surmount “measurement gaps” in basic and translational biomedical science, most recently centering on difficult-to-measure protein forms in single cells. Proteins carry out nearly every cellular task, yet we know very little about their ever-changing and myriad expressions, called “proteoforms.” 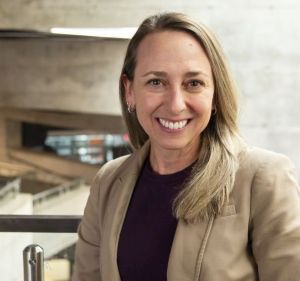 With the help of engineering and separation sciences, Herr’s laboratory harnesses microfluidic design principles to yield precision tools optimized to characterize protein molecular forms, offering a greater specificity that complements existing single-cell analysis tools. Her laboratory’s research—some of which has been commercialized—brings greater insight into basic life processes and disease progression, including resistance to cancer treatment.

Herr is the John D. and Catherine T. MacArthur Professor at UC Berkeley and a Chan Zuckerberg Biohub Investigator, and serves in various national and international capacities. She will continue in these roles while CTO of the CZ Biohub Network. Prior to these appointments, Herr was founding director of the Bakar BioEnginuity Hub and faculty director of Bakar Fellows Program, both at UC Berkeley.

About the Chan Zuckerberg Biohub Network

In December 2021, Chan Zuckerberg Initiative (CZI) co-founders and co-CEOs Dr. Priscilla Chan and Mark Zuckerberg announced a 10-year effort to develop the science and technologies to observe, measure, and analyze human biology in action. As part of this effort, and modeled on the success of the San Francisco-based CZ Biohub, the Chan Zuckerberg Biohub Network was established, in which new Biohubs will be created to bring together leading scientific and technology institutions with the goal of pursuing grand scientific challenges on 10- to 15-year time horizons. The Biohub Network is now seeking Letters of Intent from groups of institutions interested in forming the next Biohub. For more information, visit czbiohub.org.