The relative sizes of various cell types are among their most obvious differences, but how cells regulate their size while growing and dividing has been a subject of deep interest since the dawn of cell biology. This question also has clinical implications: in several diseases, such as cancer and anemia, cells are known to deviate from their characteristic sizes.

It’s generally accepted that any given cell type has its own optimal size and that the relative abundance of everything inside cells—RNA, proteins, and organelles—scales proportionally as the cell grows.

But there are proteins, including some inhibitors of the cell cycle, whose concentration doesn’t scale in proportion to cell size—instead they “sub-scale” in tandem with cell growth, and their dilution triggers cell division. In 2020, Evgeny Zatulovskiy, a research scientist in the Stanford University lab of Jan Skotheim, reported in Science that the well-studied retinoblastoma (Rb) tumor suppressor is one such protein.

Now, in a new paper in Molecular Cell, Zatulovskiy and senior author Skotheim join forces with Michael Lanz, a Chan Zuckerberg Biohub Collaborative Postdoctoral Fellow, to show that proteins can also “super-scale”—increasing in concentration as cells grow—and that the super-scaling expression of many senescence-associated proteins, including a protein known as SA-βgal, may cause cells to exit the cell cycle and enter a dormant state.

“Most research in this area has been done with microscopes, looking for instance at only how the expression of fluorescent proteins scale with cell size,” says Lanz, whose fellowship allows him to divide his time between the Skotheim lab and CZ Biohub’s Mass Spectrometry Platform at Stanford, led by Josh Elias. “Using those methods, seemingly simple questions, like how individual organelles such as the nucleus scale with size, are harder to answer than you’d think, because it’s really hard to make precise measurements. What we’ve done with Josh is to invert that logic: use mass spec to just measure everything—every marker instead of just a few related ones. It’s a different way of doing this work, and it has proved to be very useful.”

One protein, one organelle at a time

The Stanford–Biohub team, which included co-authors Lichao Zhang and Patrick McAlpine, also members of Elias’s mass spec group, first sorted cultured mammalian cells into three categories of small, medium, and large cells, and then used mass spec to measure the relative concentrations of thousands of individual proteins made by those cells.

Because of their previous investigation of Rb, the team expected only a handful of cell cycle–regulatory proteins to have different concentrations in small cells versus large ones. Instead they saw differences across most of the proteome. Some of these differences were small, and the proteome as a whole didn’t change its concentration at all, but the mass spec measurements were precise enough for the team to draw some interesting biological conclusions, including about cell senescence.

“In most proteomics experiments you’re interested in outliers—proteins whose concentrations are going drastically up or down,” Lanz says. “But because we’re measuring everything as accurately as possible, with enough measurements we can see 10% changes, up or down, that we can be very confident about.”

In the end they found obvious sub-scaling and super-scaling proteins in the dataset that closely resemble changes seen in senescent cells.

The team was only looking at cells two to three times smaller or larger than the cells’ normal size, which is far from the limiting range where others have reported inefficient metabolism, physiological defects such as loss of mitochondrial potential, and reduced proliferation. Nevertheless, the cells in the “large” category showed clear signs of senescence at the proteomic level, and were also the first to stop dividing upon exposure to stress. 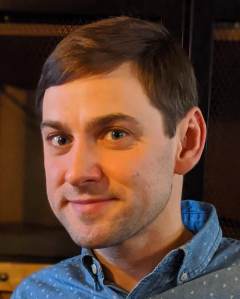 As for the long-standing question of how organelles scale with cell size, the authors found that when they classified cellular proteins by organelle localization, proteins associated with a given organelle scale together, as they grow in step with the cell. Lysosome- and endoplasmic reticulum–associated proteins super-scale so that they become more concentrated in larger cells, while nuclear and nucleolar proteins sub-scale and thus become more dilute as cells grow larger. More generally, proteins that interact with each other as parts of larger complexes also trend together.

The research team’s highly quantitative, systems-level analysis provides a holistic view of the cell and how it optimizes the concentrations of numerous proteins to regulate its physiology. How these protein changes are related to one another and to the timing of cell growth and division should help us understand some of the cause-and-effect relationships that lead to diseases of cellular homeostasis such as cancer and other disorders associated with aging.

“With new technologies,” Zatulovskiy says, “we are just starting to get some answers to these centuries-old questions.”

Keir Balla doesn’t have all the answers, and that’s exactly how he likes it